Feed mixer is important in the feed pellet plant and considered to be the heart of feed milling operation. Feed mixer is an efficient and versatile machine for mixing different kinds of powder such as grain powder, fodder, straw powder and other materials.

The mixer is widely used for mixing powder-powder and powder-granule, especially suitable for materials with big difference in specific gravity or particle size. 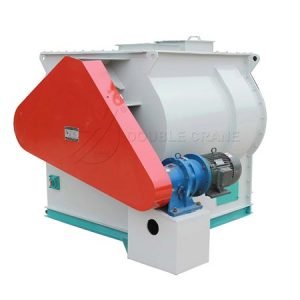 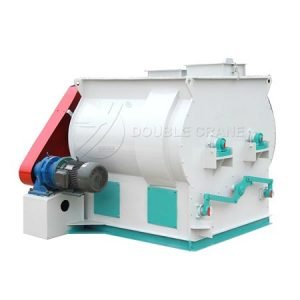 Due to the two-axis reverse rotation, the angled blades circulate the material in the axial direction and the radial direction to achieve uniform mixing of the materials. The material is thrown in the mixer to form a fluid layer, which generates instantaneous weight loss, and produces a cross-interlacing, blending, diffusion and the like in the gravity-free mixing machine without destroying the mixture. And grinding, also has a good adaptability to the mixing of coarse and fine materials, so that the material can achieve the best mixing effect in a short time.

The feed mixer is mainly used in the mash feed plant and feed pellet production line. The feed mixer can also used with other auxiliary equipment such as vertical lift conveyor or inclined conveyor to mix the granules and powder.

This single shaft mixing machine is suitable for powder material mixing. The feed mixer have the special rotor in round body and high mixing degree, you can mix different type of raw material into mixer according to different animal feed formula. 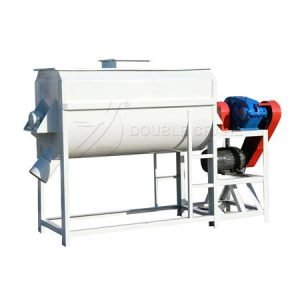 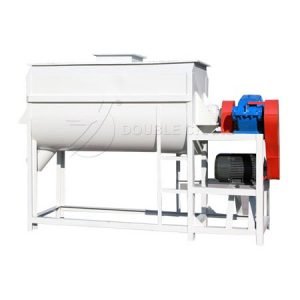 The feed mixer has a central shaft with blades angled in different ways that look like ribbons of metal wrapped around the shaft, and the blades move in different directions at the same time, ensuring that all ingredients are blended in, and high mixture homogeneity without segregation.